Prof. Hasan MANDAL was born in Eskişehir in 1965. He received his education at Yunusemre Primary School, Atatürk Secondary School and Vocational High School on Engines and Motors. Professor Mandal received his bachelor’s degree from the Department of Metallurgical Engineering at Middle East Technical University as an honour student in 1987, and his PhD degree from Newcastle University, United Kingdom in 1992. He completed his post-doctoral studies at Newcastle University, United Kingdom during 1992-1994, and at Karlsruhe University, Germany in 1997-1998.

In 1994, he started his academic career as an Assistant Professor in the department of Ceramic Engineering at Anadolu University. He achieved Associate Professor status in 1996 and tenured Professor status in 2001. Prof. Hasan Mandal has more than 140 published studies, 70 of which are published in SCI journals, as well as 6 international patents. He has an H-index of 16 and has been cited approximately 1200 times. Prof. Hasan Mandal has been granted various national and international awards, including the TUBITAK Science Award. He is currently a member of the Turkish Academy of Sciences (TÜBA), World Academy of Ceramics (WAC) and Academia Europaea (AE).

Prof. Hasan Mandal served as the Director of Research and Graduate Policies (RGP) between the years of 2011-2015 and, at the same time, was appointed as Vice Rector of Sabancı University in January 2012.

He was assigned as the President of TUBITAK on February 22, 2018.

Prof. Hasan MANDAL was appointed as a member of the Science, Technology and Innovation Policies Council on October 8, 2018 and he has assumed the duty of acting president on November 1, 2018.

Memnun Seven, who graduated from Gulhane Military Medical Academy school of Nursing in 2003, completed her master's and doctorate education at the same university in the Department of Gynecology and Obstetrics between 2006-2012. She was a visiting researcher at the University of Pittsburgh Hillman Cancer Center in 2012 to conduct her doctoral dissertation and in 2015 at the University of Iowa College of nursing to continue her postdoctoral research.  She has nearly 50 articles published in national and international journals on oncology, genetics and women health nursing

Between 2013-2019, she worked as an associate professor full-time faculty in the school of nursing at Koc University, and she has been now working as an assistant professor at the University of Massachusetts Amherst, College of Nursing since September 2019. 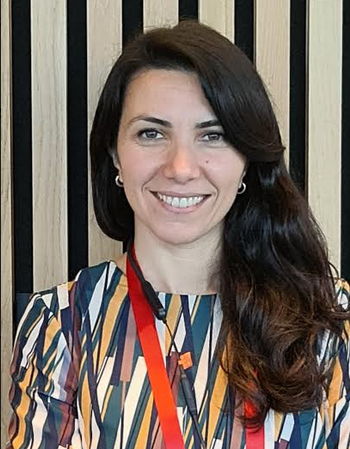 Oya has many years of clinical and academic experience in the field of nursing.  She first obtained nursing registration in Turkey in 2003, and became a registered nurse in Australia in 2016.

Having gained experience in not only the operating room but also intensive care of cardiovascular surgery, Oya has attained a large scale of nursing skills, both technical and non-technical, throughout her career. The operating room provided an environment in which her passion for perioperative nursing could be nourished which drove her to do research and postgraduate studies.

OYA developed her career in two countries, contributing to various areas of nursing, including science, education, and integrity through participation in global collaborative research projects, an extensive involvement in global and local nursing organisations, and working in nursing education in Turkey and Australia.

She has been an inspiration for her students and colleagues for her dedication to her global career, even aiding some to pursue their own aspirations to branch out into international studies.

Working internationally has enabled Oya to enjoy many rich and fulfilling life experiences both in Turkey and Australia, varying from nursing and teaching to hospitality and even retail, working with a range of cultural backgrounds, military personal, expats, immigrants and asylum seekers, the culmination of which has made a profound contribution to her practice for equity and diversity.

Oya’s career eventually distinguished in education when she was employed as a research assistant in 2007. She fulfilled numerous rolls in leading institutes in various positions, all while completing a Master’s degree and PhD in Surgical Nursing. Currently, she is working as a lecturer in nursing schools; a roll she has been engaged in since 2015.

Her teaching design represents a vertical engagement and a free learning environment where students feel as equally responsible as their teacher in their own learning. She strives to adopt new technology and modern methods in learning while integrating her students’ and mentees’ expectations into her course design in order to inspire her students to feel valued and appreciated, and therefore drive them to be more engaged.

She has taught in tertiary education in graduate, undergraduate and postgraduate studies predominantly in the subject areas of acute adult care involving critical care and perioperative nursing. Her dedication to the personal success of her students, not only academically but also emotionally and spiritually, is evident in the lasting relationships she fosters both in and out of the classroom.

Although often involved in various research projects in diverse methodology, her focus remains in perioperative excellence and experimental designs. She has been continually conducting research since her bachelor years and has been publishing regularly. She has publications regarding bariatric surgery, operating room communication failure, she presented in perioperative conferences in Turkey, Europe and Australia regarding postoperative nausea-vomiting, pain underestimation, bariatric surgery, and more.

She is dedicated to her future research specifically on pain management, postoperative nausea and vomiting management, intraoperative team communication, and pre-operative preparation. She has collaborated in international studies including a number of health and education institutions.

Oya completed a Master’s and a PhD degree in Surgical Nursing while developing her career from clinical experience to research and education. She, she is working as a lecturer in UON, School of Nursing and Midwifery and participating in international collaboration in research and nursing organisations.